It was when our girls were 9, 7, & 3 years old back in early 2017 that we first began to realize how little emphasis is put on STEM subjects in primary schools

We knew the need for keeping kids interested and passionate was huge, and were totally unimpressed with what was on offer. We decided that as a family we would make an effort to encourage these subjects and explore them at home. We started to do a few experiments and science projects, and have a go at making things. We loved doing stuff together as a family anyway and we had great fun with it. After putting our thoughts out on Facebook and getting overwhelmed with responses from across the country, #InventorClub was born.

It started out in my living room. My wife had already very kindly let me split our living/dining room in half in a bid to contain my madness. So in that space on Thursday evenings, I would strip the furniture out, rotate an Ikea set of shelves out into the middle of the room and lay a converted door on top of it as a makeshift table.

The night before the very first ever session I built a hydraulic bridge from cardboard, lollipop sticks and 10ml syringes. It worked! I broke the build down into stages and sketched it on a white board i’d mounted at child height and we spent the next 6 weeks with two sets of 8 kids working through the build.

It was ok. But it wasn’t great. Some kids raced ahead, some fell behind and ultimately the kids weren’t inventing anything themselves, they were just following something I had come up with. Let’s be honest, if you want to do that, grab yourself something from IKEA and it’ll come with great follow-along instructions.

I decided to switch things up. The first time this happened was when my day job had been crazy, my other business Minivation had been full on and basically I hadn’t planned ANYTHING! EEk. Last minute I came up with a quick problem for the kids to think about which was about moving a box up a step and then literally magic happened before my very eyes.

I helped the kids to step through the problem collectively as a team, each one of them bouncing ideas off the others, everyone moving along together. I would help the situation play out like some sort of conductor as i brought the kids in to the conversation ensuring everyone had a voice. They figured it out. I didn’t tell them how to do it, THEY FIGURED IT OUT! It was one of the coolest experiences of my life and i’ll never forget it.

If I just tell children what to do, if we all just tell kids what to do all the time than it takes the power away from them. Kid are literally geniuses and as adults we dumb them down telling them how to do stuff in the same lame ways that we’ve always dope it. Kids can figure it out. they’re clever, they just need a little guidance and support and belief in their own abilities.

So fast forward to 2019, we’ve moved out of my living room to the UTC (University Technical College) in Swindon which is now our permanent home and an incredible venue to hold Inventor Club. the venue itself has been given a new lease of life – it’s had it’s on iteration after it used to be one of the engine sheds for the Great Western Railway back in the day. It now houses lathes, milling machines 5 axis CNC machines, a welding area, 3 partially built sports cars and so much more.

We meet every Wednesday evening from 5pm and I run two back to back sessions working with 12 kids in each session aged between 7 and 16.

We’re just about to complete our first full year in the new venue and we’re going from strength to strength. Sian is my assistant making sure we have enough pairs of eyes as we hand out knives and hotmelt glue guns to the kids! Each term is different from the last but the core of Inventor Club remains the same:

It’s the single most important thing I’ve ever created.

Fancy joining our journey? Get in touch. 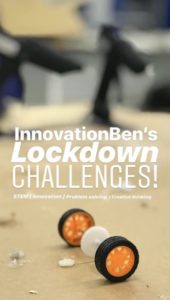 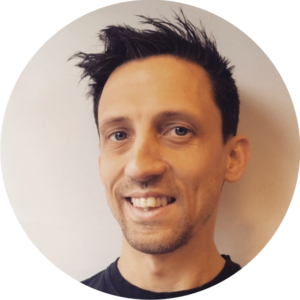